In carnatic music, Anthara Gandharam (Ga3) has a peculiar characteristic. It can be heard clearly even when we play just Sa on tambura. It is a Swayambu Swaram, comes alive automatically due to the wonderful acoustics of tambura. This phenomenon is fundamentally important for carnatic music. 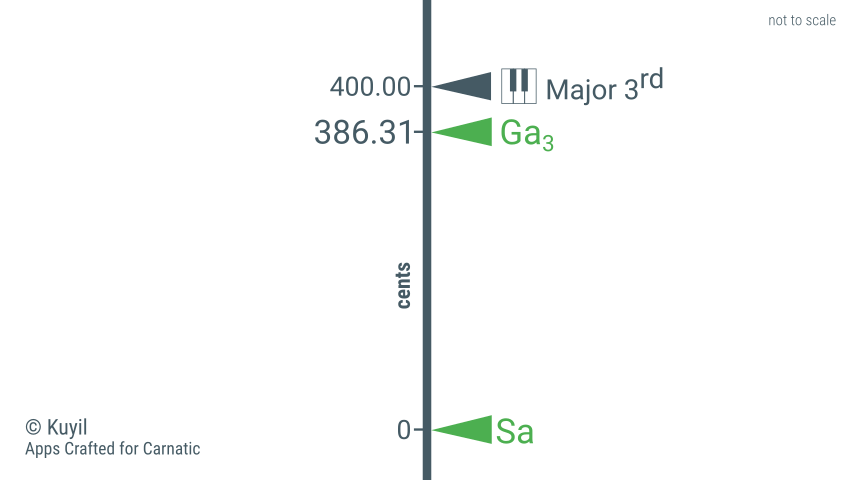 When carnatic Ga3 and western Major 3rd are played together, one can clearly hear the beating because of the frequency difference, which is about 14 cents and is quite considerabale.


Putting that in the context of Sa, this recording would help you get the taste of real Ga3 and distinguish it from western Major 3rd.

In conclusion, western keyboard should not be used naively as a learning tool for Carnatic music. Instead of resorting to tools designed without consideration for our music, we shall develop and support tools that are created specifically for carnatic music. Our Shruti Carnatic Tuner (Android app) is one such effort. It provides accurate reference tones for pure carnatic swarasthanas.

*Equal Temperament is the tuning system used for keyboards. This is a western tuning system.
#Cent is a logarithmic unit of measure used for musical intervals.