14th of February is Musicologist Professor P. Sambamurthy’s birthday. I started reading his treatise, South Indian Music (6 volumes), when I got more than slightly interested in Carnatic music. I can’t say I liked it very much at first. But I knew it was a very important resource and kept coming back to it often.

At first, it didn’t feel like a crisp, concise theory book. I thought it had a lot of fluff and unnecessary boasting (about the system of music). I began appreciating the quality of the contents only after reading a few more theory books. Some of them had passages literally copied from Sambamoorthy’s, while others didn’t have much of theoretical value IMHO (particularly the ones began with “Carnatic music originated from Shiva’s head”) 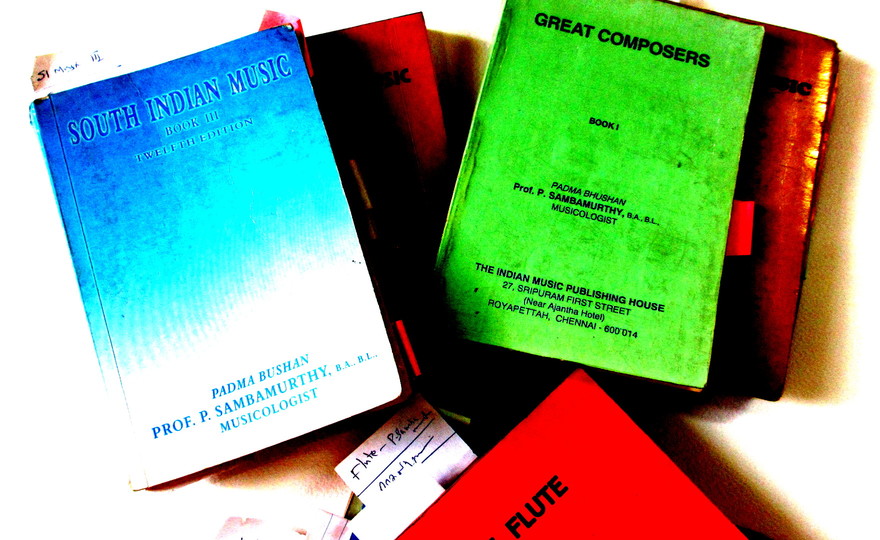 In Sambamurthy’s writings, here and there, I miss the neutral tone of a musician explaining a fellow musician or student certain aspects of Music! Instead, there’s a hint of an argument, a bit of defensiveness, as if the author is trying to prove someone, possibly an outsider, that our system of music is no inferior than theirs. This argument leads to comparisons everywhere, so instead of clarifying “Subject A is this”, we come across “Subject A here in karnataka sangeetham is way better than the same Subject A in Western music”. Why does he do that?

India was still under British rule when he was born and grew up. He probably had to really get into some of those arguments. He may have learnt Western flute in Europe. That further confirms my doubt.

Actually the comparative attitude in Karnatic music related texts was quite common since well before Sambamurthy’s time. A.M. Chinnaswamy Mudaliyar’s Oriental Music in European Notation (published in 1893) had a chapter titled “Why Do Europeans Dislike Oriental Music.” 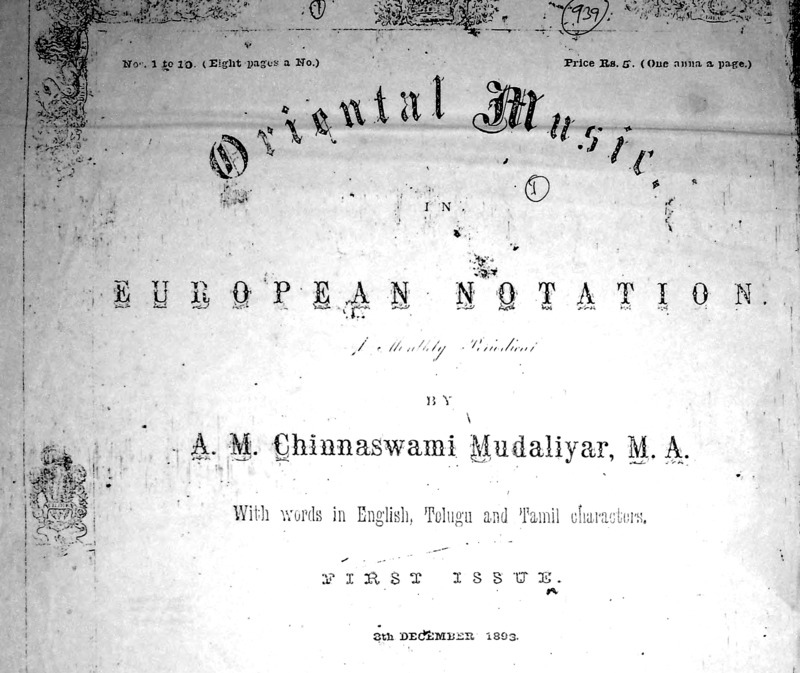 One shouldn’t think I’m underestimating Prof. Sambamurthy’s contribution. Actually I admire his passion for Carnatic music. His texts on music theory have become standard references to both beginners and pros, his biographies of composers and performers with rare pictures are treasures. He loved carnatic music and had a positive attitude towards it.

I know very little about this great man. The only photograph printed in one of his books is very shady. He has received Padma Bhushan in 1971, the official entry says Pich Sambamurthy. At the time of this writing there was no wikipedia article about him, so I created one - Wikipedia: Professor P Sambamurthy. Do contribute facts and improve the page.